According to ZDNet, there were 130 new compact digital cameras released in 2011 alone. With so many to choose from, it can be hard to choose a compact digital camera that fits your budget and provides great quality photo and canvas prints. Armed with past reviews from users, Cnet, and Popular Photography, Tocofi narrowed the field to the top five cameras available today and went out to the marketplace to test out the Canon Powershot S100, Nikon Coolpix S6200, Sony Cyber-shot DSC-W560, Panasonic Lumix FH24, and Olympus VG-140. We rated these compact digital cameras in five core categories (Ease of Use, Style, Performance, Quality of Product, and Cost) on a five point scale, with five being a perfect score, based on a combination of our in-store testing and the manufacturer’s specifications. This review is a side by side comparison on these 5 cameras that we believed to be the top choices in the marketplace right now. We were pleasantly surprised by some of the high-end features on these cameras, from professional looking creative filters to panoramic modes that make creating breathtaking canvas prints easier than ever. Ultimately, out of the five compact camera reviews, we picked a winner based on its test scores and overall value. Read on to find out what we thought about the winner and the runners-up. 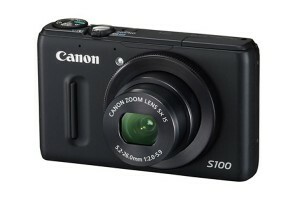 The Canon S100, with a suggested retail price of $429.99. Photo courtesy Canon. Along with Nikon, Canon dominates the camera industry in the U.S., reliably releasing top DSLRs as well as compact digital cameras. The quality of photo prints taken from Canon cameras makes them a favorite for photographers and printing companies alike. The Powershot S100, initially released in October 2011, is a major advance in compact digital cameras. The S100 offers users the option of fully automatic or nearly fully manual adjustments as well as the ability to shoot in RAW format, making it a great option for photography enthusiasts. The S100 is large for a compact; it won’t take up much space in a backpack or bag, but it won’t fit in a pocket easily. We liked that images appeared crisp in playback mode so it was easy to tell if a moment was captured. Camera Specs from the Manufacturer

Sample Images for the Canon Powershot S100 from Camera Labs 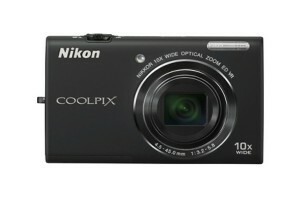 The Nikon Coolpix S6200, with a suggested retail price of $229.95. Photo courtesy Nikon. For almost a hundred years, Nikon has been one of the premier optics companies in the world; in fact, in its early days the company supplied lenses to Canon. Nikon started the Coolpix series with the Coolpix 300 in 1997, and has been steadily improving its line ever since. The Coolpix S6200 was released in August 2011, and packs a 10x zoom for photography at a distance. It is one of the smallest compact digital cameras on the market and light weight enough not to add any noticeable bulk to a shirt pocket or bag. However, the S6200 autofocus needs improvement. In our store testing, the autofocus was quite slow and easily thrown off by moving people, causing us to miss shots as the camera attempted to adjust. We were interested to find out that the editors at Cnet had the same problems. Camera Specs from the Manufacturer

Sample Images for the Nikon Coolpix S6200 from Nikon 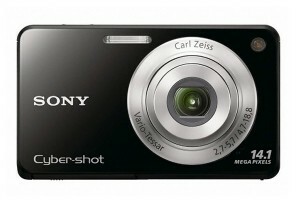 The Sony Cyber-shot DSC W560, with a suggested retail price of $159.99. Photo courtesy Sony. Sony was one of the first companies to offer compact digital cameras affordable for the average consumer with the Cyber-shot DSC-F1 in 1996, which offered .3 megapixels of resolution. In February 2011 the DSC-W560 debuted to show how much technology has advanced, with 14.1 megapixels in a body one-quarter of the weight and size of the first Cyber-shot model. With such a high megapixel rate, photo prints and canvas prints can be created in large sizes without losing substantial resolution. Unlike many other manufacturers, Sony has paid attention to the way consumers use their digital point and shoots; the shutter button is well placed, and most of the camera functions either have a dedicated button or can be activated in one step on the menu. This makes the Sony Cyber-shot DSC-W560 the most intuitive camera we tested in our compact camera review. The DSC-W560 also has a panoramic mode for stitching together multiple shots that couldn’t be simpler. Camera Specs from the Manufacturer

Sample Images for the Sony Cyber-shot DSC-W560 from Jane Lou on Wordpress. 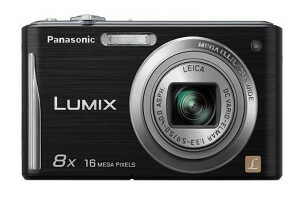 The Panasonic Lumix FH25, with a suggested retail price of $199.95. Photo courtesy Panasonic. Panasonic has been producing its Lumix series since 2001. Since the Lumix cameras use Leica lenses and many of the internal features between the Lumix and Leica brands are shared, consumers have come to expect quality from the Lumix brand. The Panasonic Lumix FH25 came on the market in February of 2011, and according to Cnet is nearly identical to the FH27; the only major change is the FH27 has a touch screen. The FH25 was not kind to adult hands during our digital camera review: both the mode and playback buttons were touched accidentally when pressing the shutter and the raised edge of the LCD screen becomes obtrusive when pressing the left menu wheel. It is also very easy to switch between optical and digital zoom by mistake. We could see these small annoyances becoming issues with regular use. The camera’s poor performance in low lighting conditions was evident from the get-go, though once we moved the camera closer to a strong light source picture quality improved noticeably. Camera Specs from the Manufacturer

Sample Images for the Panasonic Lumix FH25 from Panasonic. 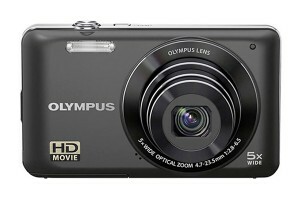 The Olympus VG-140, with a suggested retail price of $139.99. Photo courtesy Olympus. Olympus began as a microscope manufacturer before moving into the camera space, initially producing SLR bellows-type cameras. Olympus has evolved with the times and released the Olympus VG-140 in February 2011. Despite a reasonable price the VG-140 has some drawbacks. As with some of the other cameras reviewed, the typical right thumb placement for someone about to release the shutter is problematic since this space is occupied by the playback and video mode buttons. What we found most distressing was the jerky reactions of the LCD screen when panning and zooming to take a shot. There was a noticeable delay as the camera attempted to catch up to itself that reminded us a little of the Blair Witch Project, and the focusing issues did not help, especially in video mode. According to the forums over at Digital Photography Review, this seems to be a common problem with Olympus cameras in general. Camera Specs from the Manufacturer

Tocofi Rating for the Olympus VG-140

Sample Images for the Olympus VG -140 from Flickr.* *We weren’t able to find representative sample images online for the VG-140, so this Flickr link is for pictures taken with the VG-120. The only substantial difference between the VG-120 and the VG-140 is focusing range – the VG-140 will focus two inches closer to subjects than the VG -120. And the Winner Is… 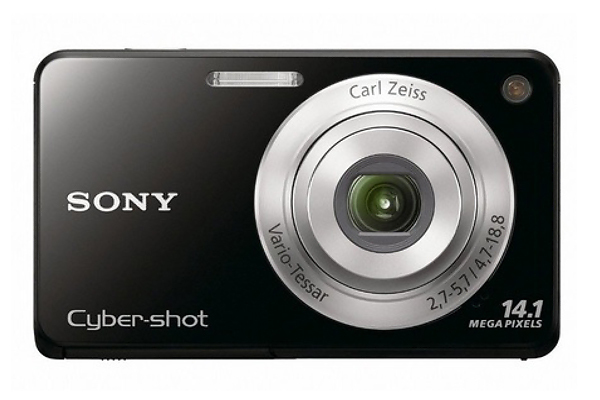 Based on its intuitive menu, creative controls, guided learning modes, and overall highest score in our digital camera reviews, the Sony Cyber-shot DSC-W560 comes out ahead of the competition. The example images that we compared were worthy of a DSLR camera and could be made into canvas prints with little or no editing. Additionally, Sony’s attention to consumer’s needs evidenced by the thoughtfulness of the camera design gets high marks. Consider trying the DSC-W560 out in-store and you’ll see what impressed us about this compact digital camera.