RAW versus JPG...Which Format Should I Use?

If you are like me you enjoy keeping up to date with the world of photography and digital photography. Over the past decade many have watched in awe as cameras have shifted away from film and mostly into the digital realm. Today, photography does not often demand the kind of technical knowledge and skill that it used to require and many people have even started to turn away from the older DSLR cameras to give attention to the availability of the mirrorless camera options instead. What are they? A DSLR is modeled on the classic film cameras known as SLRs. They both use a mirror to reflect the image coming in through the lens and then on to the sensor or film. When an image is actually taken, the mirror flicks out of the way to let the light into the camera's "imaging surface". With the MILCs or the mirrorless cameras, there is the same quality of image as with the DSLR, but the viewfinder is electronic and uses no mirror at all. These cameras can be found with the larger sensors such as the DSLRs and are also being made in the small-body point and shoot designs too. Will they be better than the mirror based cameras? Only time will tell. Just consider that an electronic viewfinder is making it less likely that the photographer can document the scene precisely as it appeared in front of the lens. This is because there will always be a loss of accuracy when an actual image is reproduced in an electronic format on a small screen. It is simply better for the modern photographer hoping to get this kind of accuracy to consider the use of an optimal file format instead. For example, we know that a JPEG or JPG is a file format most commonly associated with digital photography. It is a universal format that can be read by any operating system and any computer. When you choose the settings in any digital camera you are often indicating the file size and type that the images are retained as in the memory. For instance, a JPG file can be compressed for specific purposes such as posting on the Internet, but it can also be saved for reproducing and this means a larger file. What we know about the entire JPG process, however, is that it is "lossy" because it drops bits of information to meet the demands of file size or quality. It keeps only 24 bit color information too, and this means that any image made to be recorded in the JPG format is not going to be an identical record of what is in front of the lens simply because it is already compressing data at the very moment the image is made. On the other hand, there is the option for some cameras to save in the RAW image format. This is a "lossless" method that actually captures the image exactly as it appears in front of the lens. Though a photographic negative would also do this if there were no filters in place, etc., the RAW format can allow you to redeem an image that got a bit botched during the exposure because it lets you manually adjust every possible facet - including white balance. This is the reason that people who want greater control over editing their photos. Or even photogs who are going to print large photos or photo canvas will opt for the RAW format - it keeps every detail and gives an accurate representation of colors, shades, etc. Plus it is much easier to correct a mistake (ie exposure, color balance) on a RAW file than it is on a JPG file because all the information about the photo was captured. The downside to working in RAW is that it is a much larger file size that takes up a lot of memory. It also demands a conversion process to work with Photoshop or other programs, and can be tricky because of the nearly limitless colors that most monitors may be unable to show. It is well worth the effort, however, because it gives optimal results. 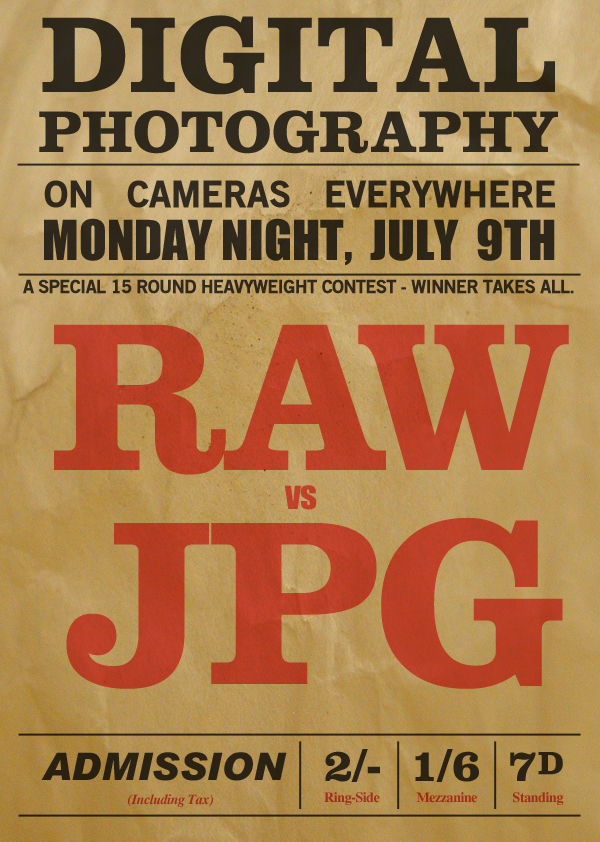