How to Arrange Photos on a Wall: Photo Wall Gallery Ideas

An empty wall is a blank canvas that begs to be adorned with different photo wall gallery ideas, but which artwork to choose? Starting by choosing the group orientation horizontal, square, or vertical for your arrangement of photos on a wall can set off your photography and your décor at the same time. Believe it or not, professional interior designers have developed rules for when and how to use certain group orientations to play up, or play down, the impact of your décor and the photos that you choose to display. Horizontal Orientation: Keeping It Simple 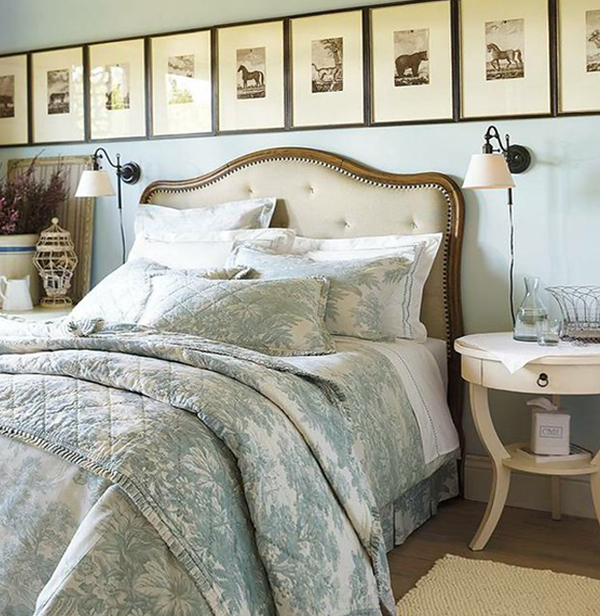 This stunning classic horizontal frame arrangement lets the pictures do the talking.
Photo courtesy crushculdesac.tumblr.com Arranging your photos horizontally, in one straight line running across the wall, is a traditional and perennially classic frame arrangement. Horizontal frame hanging also has the advantage of making it much easier to group frames of different shapes and sizes as long as the center of each photo is aligned with the others. For more on properly aligning frames, see this great tutorial from Thinctanc. Use a horizontal orientation: Square Orientation: The Flexible Alternative 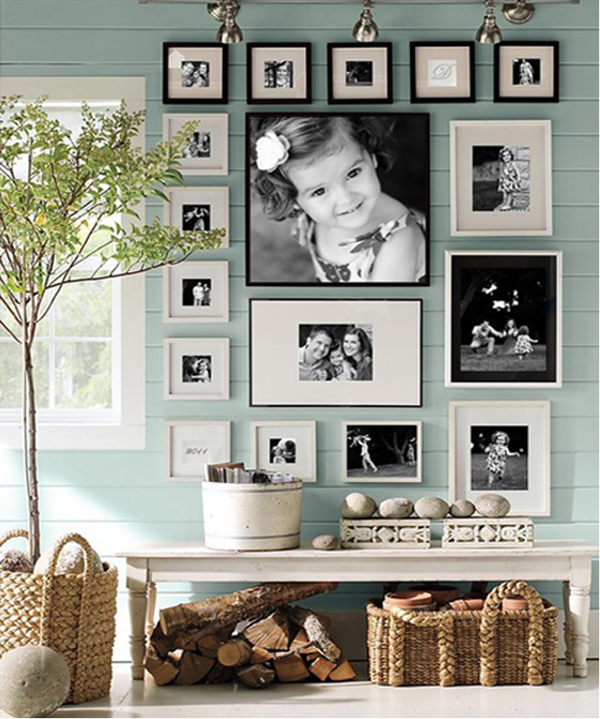 Although this square arrangement flirts with the rules by using different size photos, it works because the photos all have a similar theme and are all black and white, with corresponding color frames.
Photo courtesy Pottery Barn Square orientations are quite flexible, since depending on the photos and frames used a square arrangement can be traditional, modern, or even eclectic. The trick to making a square orientation work is carefully matching the subject and colors of your photos. If a square display appeals to you but the photos you want to showcase are too different, you might consider a salon arrangement (see examples on Apartment Therapy), which is loosely based on the square but allows diverse pieces the room they need to shine. Use a square orientation: Vertical Orientation: Showcasing Modern Collections 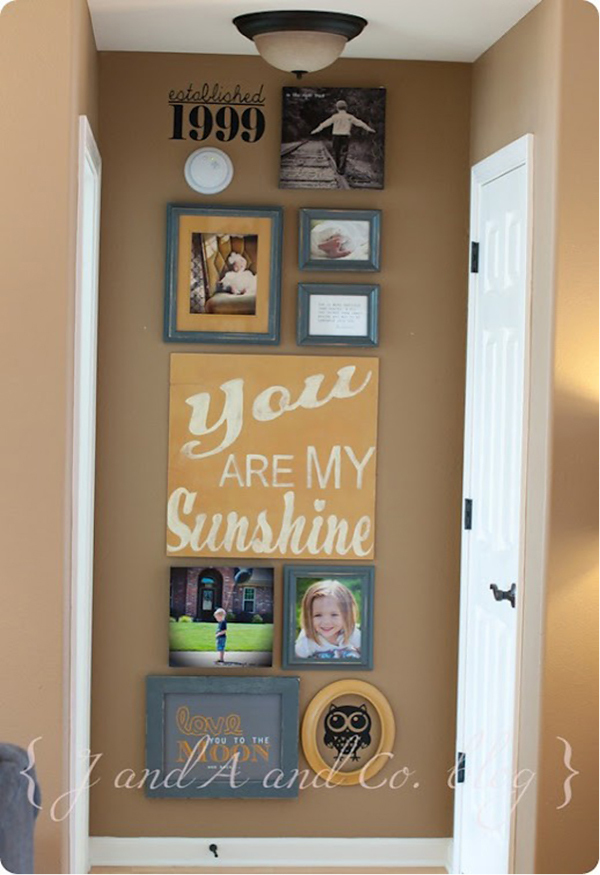 This vertical orientation is fun and modern, while visually extending the height of the hallway where it is placed.
Photo courtesy jandaandco.blogspot.com The vertical orientation automatically brings to mind the modern aesthetic, evoking as it does the directional flow of skyscrapers. This does not, however, mean that your home décor must be modern in order to do a vertical photo arrangement justice. In the right space, the subject of your photos and the feel of your chosen frames will work wonderfully in a vertical orientation. Use a vertical orientation: Panoramic Orientation: The Long and Thin of It Panoramic photos can be used to cover a long wall or to be put over a large piece of furniture such as a couch or be. A Panoramic image is often much wider than it is tall. This format lends itself (but is not limited) to landscapes, wide cityscapes, and sporting events. This is a great solution if you have a lot of room to play with and only a handful or even one image to work with. Canvas Press is a great resource for getting in idea if your photo would make a good panoramic image. No matter which orientation you choose, it is a good idea to lay out the framed photos or canvas prints you want to hang on the floor or a clear table so that you can preview what your intended arrangement will look like on the wall. Keep arranging until you are happy with what you see, and avoid the hassle of re-hanging later. Have fun with your next project and I hope this helps.