If you are looking to get a new quality DSLR you may want to consider the just announced 6D from Canon. Canon's flagship 5D is sometimes out of reach because of the sticker price, but you can now get a full frame sensor with some pretty amazing features for as low as $2099 (body only). This price tag makes the 6D the lowest price for a full frame sensor DSLR on the market (beating out Nikon's newly announced D600). There are a few features that have people talking...now the full GPS integration seems like it isn't new, but in fact this is the first time that Canon has integrated the GPS into the camera. It will now geotag each photo taken and will use a Time Stamp so that you will be able to see a "photo trail" of your photo outings. This is a much cleaner solution than the GPS accessories Canon has sold in the past. The other big new feature is that the camera is integrated with Wi-Fi. This new capability includes an EOS Remote app for iOS and Android that allows users remotely control and trigger the 6D from their smartphone (now that is pretty cool). It also allows users to view all the photos on the camera on their phone or tablet device. The 6D is one of the lightest DSLR's out there coming in at a featherweight 1.7 lbs. This is in part to a few corners that were cut out by Canon. The 6D will only write photos to a SD card. No Compact Flash cards for the 6D. Also there is no built in flash. But that is ok, because Canon has said that the light sensitivity for the 6D is the best yet out of all the Canon models. With ISO ranges from 100-25,600 you may never need a flash again. The 6D also records HD video in 1080p resolution at 30 frames per second. On a full battery it can record video for about a half hour...so it may not be your full video solution. The camera will start arriving in stores and online in December, but you can probably pre-order one at your local camera store or at bhphotovideo.com 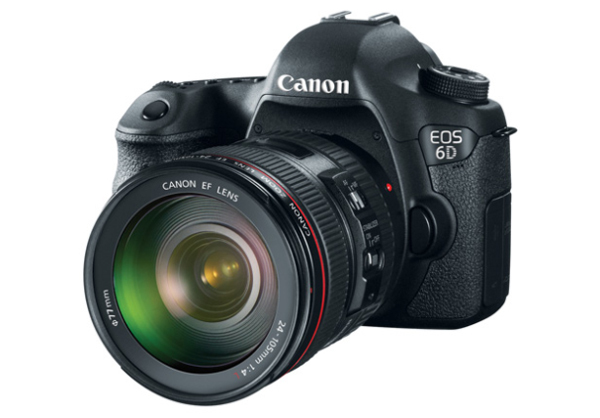 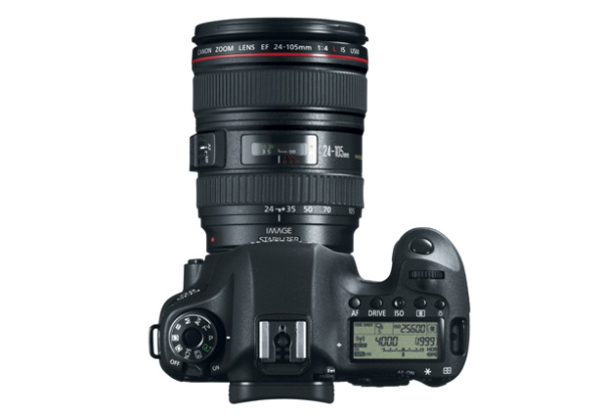